Physitrack runs 2 different digital systems which communicate with one another for a streamlines clinician and patient experience.

Think of Physitrack and PhysiApp as 2 different web sites or apps that so happen to talk to one another (and sound a little similar).

When Physitrack first launched in 2012, both clinicians and patients would access their accounts via the same portal (or website). However, it quickly became apparent that this only made for a more confusing experience for both parties and the logical decision was made to launch PhysiApp; the patient portal.

Below we have explained the basic differences in these platforms.

Physitrack is available on web and iOS. This platform is a paid platform used by clinicians for prescription for exercise programmes, patient education, outcomes measures and Telehealth. 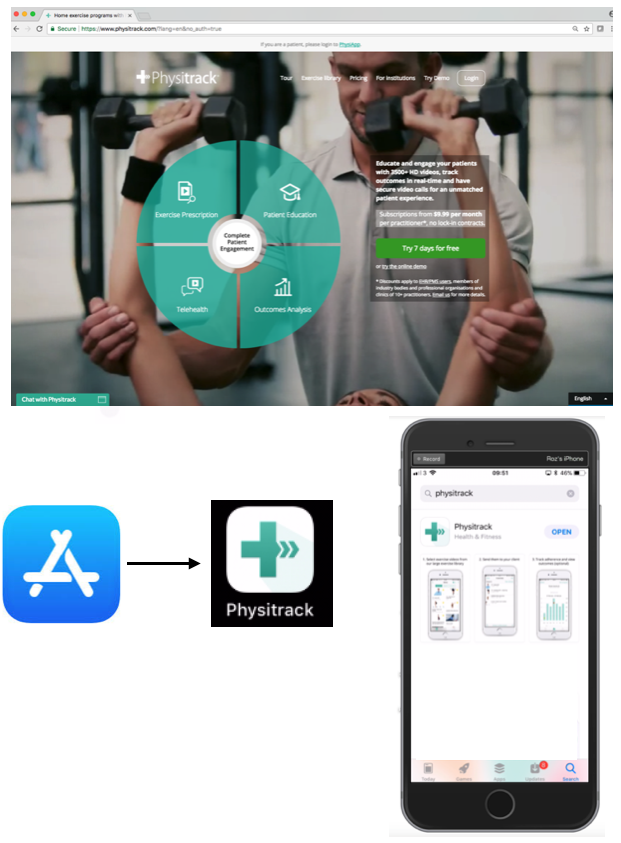 PhysiApp is available on web, iOS and Android. This is a FREE platform used by patients to access their prescribed exercise programme and advice, as well as to communicate with their clinician. 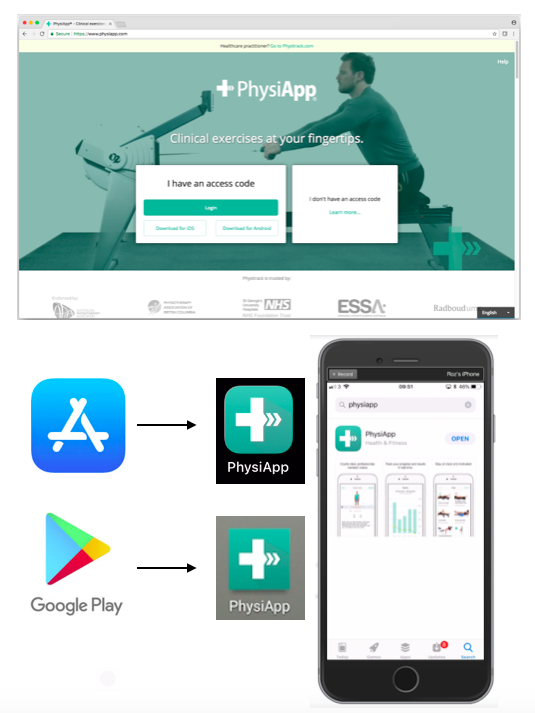